Al-Ahly is in danger 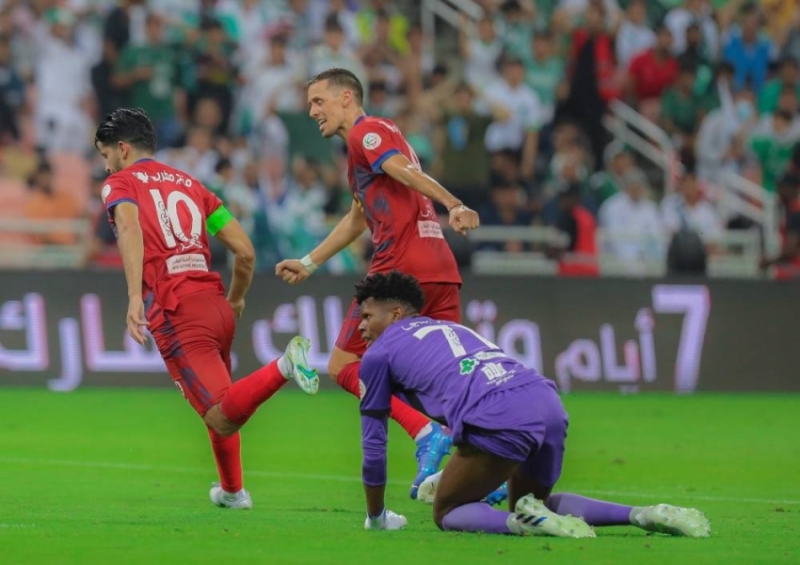 Al-Ahly came out with one point from the Abha match, and its score became 30 points in the tenth place, but it remained one point away from the relegation centers.

Al-Ahly team is equal in points with Al-Ettifaq and Al-Raed, who are in the 11th and 12th places, respectively, with 30 points each.

Al-Ahly has already entered the restricted area, and its fate in the league has become fraught with danger, and it is one of the greats of Saudi football, and part of its broad history, which raises the concern of its fans and supporters about the future of the team.

Al-Ahly fans fears for its team, that in the next three matches, heavy-caliber competitors are waiting for it, and it will meet Al-Nasr in the next round in Riyadh.

Al-Nasr has dreams of attacking the second place in the event that Al-Hilal stumbles, as the difference between them is one point, and it will try to take advantage of the pressure on Al-Ahly players to finish off the team and win the three points.

In the 29th round, he will have a confrontation with Al-Raed, one of his direct competitors, to escape the danger of relegation, which makes the match complicated and sensitive, and full of pressure on both sides.

Then Al-Ahly concludes his career in the league by facing Al-Shabab in Riyadh, and he has dreams in second place as well, and Al-Ahly’s confrontation in the last round may be decisive and decisive to achieve his dreams.

Although the Al-Ahly team performed acceptable against Abha for most of the match, there are devastating defects, especially at the level of the defense line, which broke the team’s back this season, and some of the team’s offensive elements lack effectiveness in front of the opponent’s goal, which costs the team a lot.

Al-Ahly came out in front of Abha with a number of negative numbers, which diagnose the team’s condition. Al-Ahly failed to achieve victory for the third match in a row, with a 1-1 draw with its guest, Abha, on Sunday evening.

Al-Ahly’s last victory was more than two months ago, over Al-Tai 3-1 at Prince Abdullah Al-Faisal Stadium.

Then he lost to Al Hilal 4-2 in Riyadh, before drawing with Al Batin at home 2-2, and then tied again with Abha.

For the first time, Al-Ahly could not beat Abha in the professional league in one season, after losing in the first leg against the same team 2-0.

To be fair, the bitter fruit that Al-Ahly is reaping now at harvest time, they planted its seed early in this season, and let it grow and grow, and they realize that it is useless and there is no good in it, and their bet was a loser, and their decisions for treatment were slow, overtaken by the bad condition of the team And now it remains only to pray for survival.