After the Conflans attack, Faure wants to bring to justice those who challenge the teachers 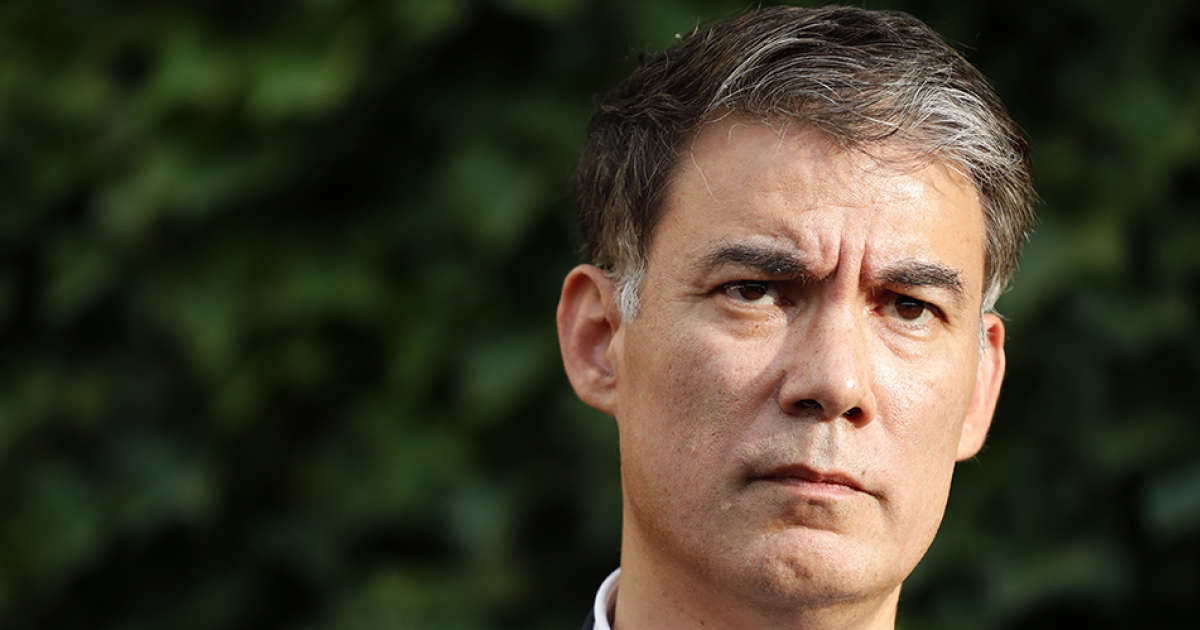 They needed to talk about it, to say a few words about horror, even if they are a little always the same. While the Radical Left Party held its national convention this Saturday in La-Plaine-Saint-Denis, its president Guillaume Lacroix had invited Olivier Faure, the boss of the PS, Julien Bayou, that of EELV, and Emmanuel Maurel, the leader of the Republican and Socialist Left, to speak out on the beheading of a history-geography teacher who had shown caricatures of the prophet to his students and who was then the target of a smear campaign initiated by a relative of ‘Student.

A few hours after the assassination, the four left-wing leaders wanted to recall that they were and remain the first defenders of the Republic, secularism and freedom of expression. “We will need firmness in the face of an ideology, Islamism, which is fascism. The laws exist, they must be applied ”, begins Emmanuel Maurel, MEP close to LFI. Many express nuances in relation to the fact of always being Charlie, we will have to reaffirm how much we want to take on these incredible French peculiarities of secularism and impertinence with regard to religions. ”

Between Mélenchon and “Charlie”, all is not forgiven

Green leader Julien Bayou warned him about any confusion. “We have principles, the Republic, secularism and a tool, education. Against those who want to divide us, we must respond with more equality. Do not fall into the traps, the Muslims of France are our brothers and sisters in the Republic. “

After this new attack, with such a singular symbolism, these four left-wing party leaders wanted to unite behind the teaching staff, these officials on the front line of the Republic, who vote more on the left. They also had the idea of ​​going a little further than the declarations of principle. “Yesterday evening in our streets, we beheaded a man for having awakened the conscience of the students. There is only one duty today: to be on the side of speaking clearly, on the side of the Republic ”, dictated Guillaume Lacroix, the president of the PRG. Previously, Emmanuel Maurel had pointed “A lot of renouncements, little cowardice, self-censorship, concessions that seemed harmless. “

Believing that it is a “Turning point”, Olivier Faure said to himself “Determined not to let it happen”. “We must be clear: for example, all those who allow themselves to challenge a teaching or teaching must be brought before the courts each time”, he proposed, without saying more. And, without naming anyone, the first secretary of the PS attacked those all who are complacent with Islamism. “We, the left, have sometimes considered that tolerance towards the weak should also lead us to a form of tolerance towards what was intolerable. Let us not be more cautious than the rector of the Paris mosque who says things clearly ”. In a stand with figaro noticed in early September, Chems-Eddine Hafiz recalled that “In our country, only the law sets the limits” and called “Charlie Hebdo” to continue “To use his art”.

Charlie trial, “separatism”: 10 things to know about Chems-Eddine Hafiz, the rector of the Paris mosque