AFC President: The Kingdom has a football experience house at the continental level 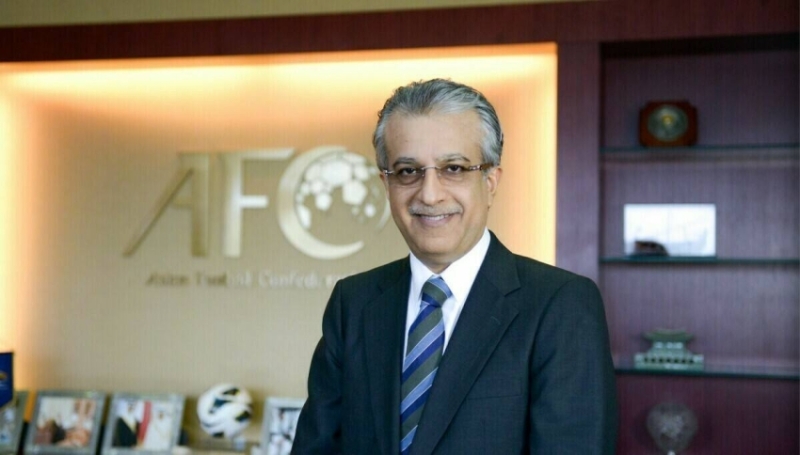 The President of the Asian Football Confederation, the First Vice President of the International Football Association, His Excellency Sheikh Salman bin Ibrahim Al Khalifa, praised the remarkable success of the group stage matches of the 2022 AFC Champions League for West Asian clubs, which concluded yesterday.

In a statement, the AFC President praised the Saudi Football Association’s success in hosting the West Asian groups in the Asian Championship, stressing that this success consolidates the Kingdom’s leading position on the Asian football arena, and enhances its fragrant reputation in terms of hosting continental and international sporting events according to the highest standards. International regulation.

The AFC President said: “The Kingdom is experiencing one of its biggest sporting moves at all levels, under the leadership of His Highness the Minister of Sports Prince Abdulaziz bin Turki Al-Faisal, who deserves appreciation and pride in his remarkable roles, and is one of the most important football powers in the Asian continent with its legacy and achievements, and it was not surprising that It achieved complete success rates, as its success in hosting five groups of twenty teams, during which they played sixty matches in four regions comprising six stadiums, in an ideal organized atmosphere that was welcomed and appreciated by the participants.”

Sheikh Al Khalifa congratulated the President of the Saudi Football Association, Yasser Al-Mishal, and the staff, thanking them for the organization and remarkable success, praising the professionalism of the work of the Federation, which has become today one of the most important football expertise houses in the Asian continent, with its well-defined strategies and ambitious plans.

He explained that the digital statistics of the matches show the competition between the clubs throughout the group stage process, the strong presence at the technical level, and the players’ motivation to provide the best bid to translate the superiority of Asian football and its performance, and the success of the launch of the championship in the world exceptional situation for the third time, extending congratulations to all the clubs that reached the role Championship final price.

He pointed to the success of the Asian Championships march in the planned form, and the importance of creating a joint path between the AFC and the national federations, and moving forward towards implementation, proud of the developmental moves of the national federations, committees and departments within the Continental Confederation, which were in harmony with the aspirations and ambitions of members and fans of Asian football.

It is noteworthy that Al Hilal, Al Shabab and Al Faisali clubs from the Kingdom qualified for the round of sixteen, Al Duhail and Al Rayyan from Qatar, Foulath of Iran, Shabab Al Ahli Dubai of the United Arab Emirates, and Nasaf of Uzbekistan, where they will play the playoffs until the semi-finals from the third to the tenth of February 2023.

Tags: :, a house, Asian, continental, expertise, On, own, President, spherically, The kingdom, the level, the Union