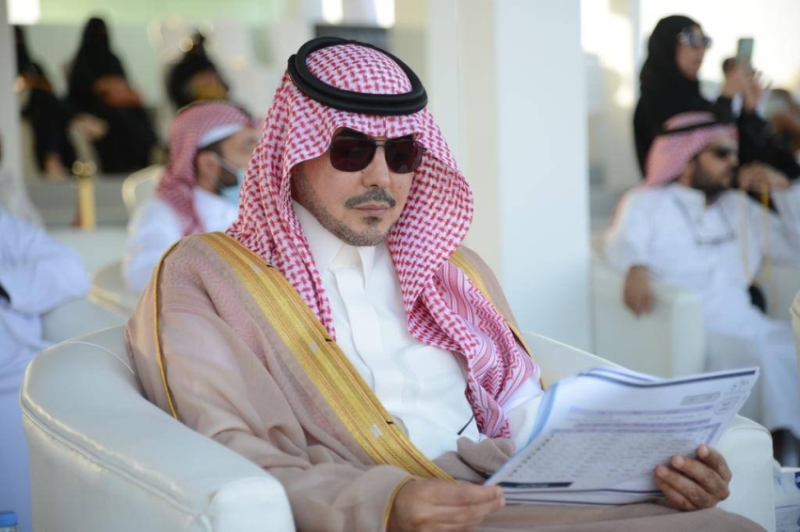 Prince Abdullah bin Saud sponsored the seventeenth horse race ceremony for his father’s cup, His Highness Prince Saud bin Muhammad bin Abdulaziz Al Saud (may God have mercy on him), whose competitions were held on the racetrack on Asfan Road in Jeddah.

The ceremony witnessed the presentation of cars and shields from the Dream Holding Group to the winners, in the presence of a number of those interested in equestrian sports, led by His Highness Prince Saud bin Abdullah bin Saud bin Muhammad bin Abdulaziz Al Saud and Abdulaziz bin Muhammad bin Aboud, Director General of the Ministry of Sports branch in the Makkah region. They were received by Dr. Fahd bin Talal Al-Muhalhal, general manager of the Equestrian Club in Makkah Al-Mukarramah region, who supervises the equestrian fields in the region, and a number of senior horse owners.

The results of the race resulted in the victory of the horse enlighten me for the owner Saleh Abyan Al-Yami, and the horse was injured by the owner Mutaib Saad Al-Zoubi, and the horse Smakh for the owner, the sons of Hamid Hamed Al-Harbi, with the shields of the Dream Holding Group, presented by Prince Saud bin Abdullah bin Saud to the winners, and he also won the cars of the Dream Holding Group, the Arabian horse. Brama de Bambadour by the owner Salah Frij Al-Hwaiti and Al-Jawad Qamshan by the owner Ali Hassan Shalaby, in the presence of Dr. Fahd Al-Muhalhal, Director General of the Equestrian Club in Makkah Al-Mukarramah, who supervises the equestrian fields in the region.

At the end of the ceremony, His Highness Prince Abdullah bin Saud handed over the cup and car keys to the winners. Dr. Fahd Al-Muhalhal presented a souvenir to His Highness in return for his support and sponsorship of this ceremony.

His Highness also presented certificates of appreciation to the contributors to the success of the activities of the 1443 AH season, and His Highness recorded his thanks and appreciation to Dr. Fahad Al-Muhalhal, Director General of the Equestrian Club in Makkah Al-Mukarramah Region and the supervisor of the equestrian clubs in the region and all the club’s employees for the hospitality and the distinguished organization of this great annual ceremony.