“A young girl who is well”, life and nothing else 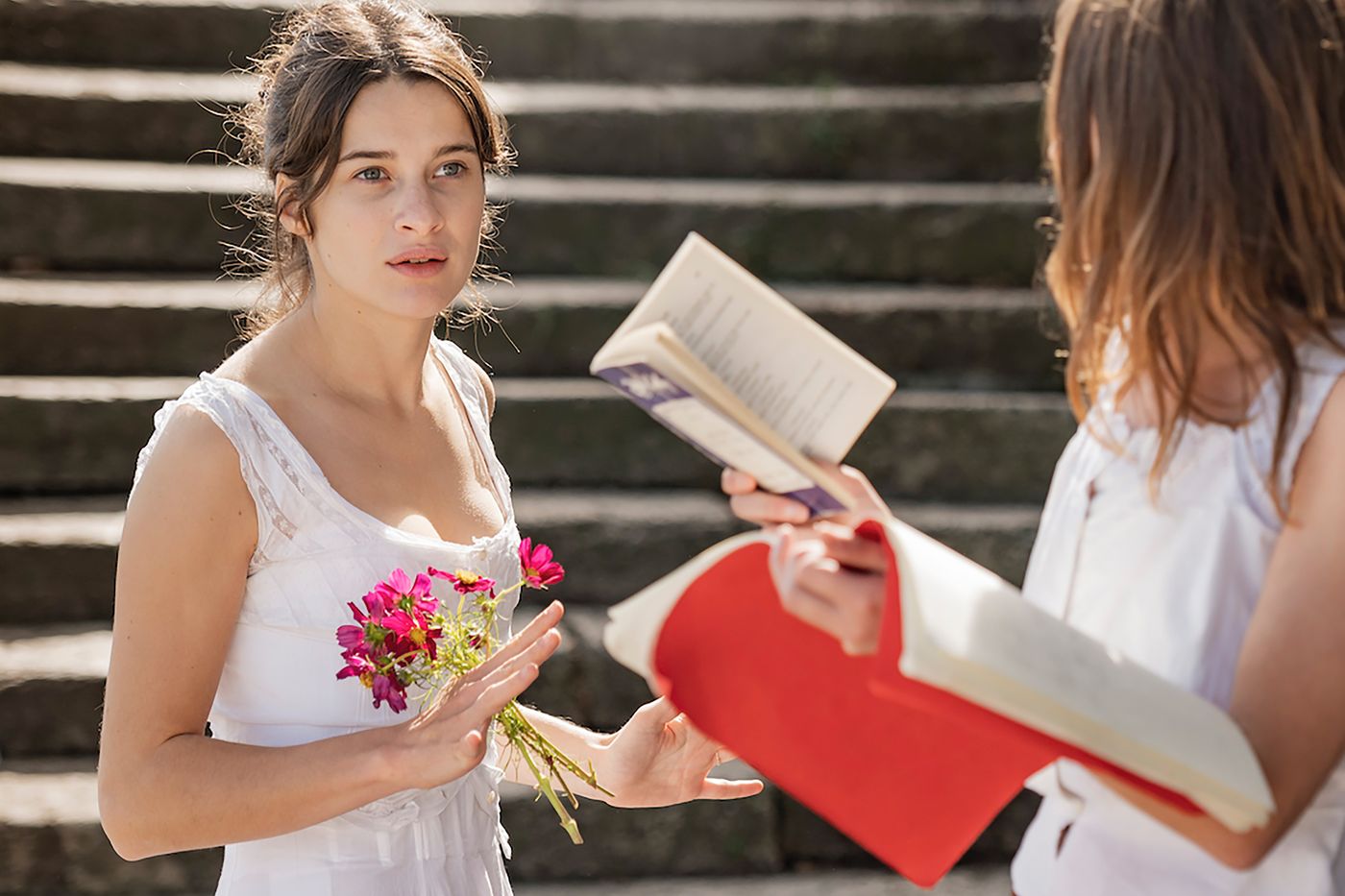 A young girl who is well *

We are in Paris in 1942 but it could happen at any time. Irene, 19, is preparing for the conservatory and, all in her passion for the theater and the carelessness of youth, she does not see or rather does not want to see the threats that are accumulating on her family and that her father (André Marcon) and his grandmother (Françoise Widhoff) work to hide it from him. She runs, twirls, falls in love and pretends not to be surprised when some of her classmates, in particular Jo (Ben Attal), who gives her the line, suddenly disappear without warning. Rebecca Marder, young actress of the Comédie-Française, already noticed in Deception by Arnaud Desplechin, brings all its freshness and lightness to this young girl whose casualness is matched only by her blindness.

The choice of Sandrine Kiberlain, for the first time behind the camera, not to weigh down her film with a heavy historical reconstruction and at the same time to give her character a form of modernity, is rather courageous. At first glance, there is nothing in the appearance of the young girl and her comrades to situate the action precisely in time. This skilfully allows the screenwriter and director to cross her own memories of a young aspiring actress with those of a period that deeply marked her family. Directly inspired by the diaries of Anne Frank and Hélène Berr, the actress wanted to describe this “drive for life” which animates youth whatever the circumstances.

The limits of this marked artistic bias are paradoxically to “unrealize” its purpose. By dint of erasing the context, of showing only empty and deserted streets of Paris, of avoiding any reference to the occupier, the film locks us into a one-on-one with its heroine, whose frenzied exaltation ends up annoying us. From the studio where she rehearses her scenes to “real life”, Rebecca Marder plays forcefully and without any break in tone, reinforcing the feeling of theatricality that permeates the whole and deprives the film of its flesh.