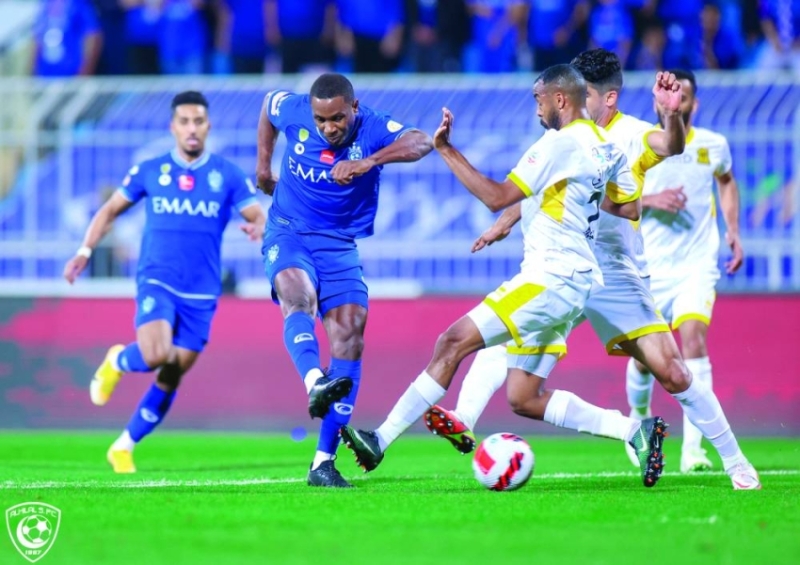 Al-Ittihad will have a chance to win the league title today, Monday, if it beats Al-Hilal by two goals in the Clasico.

According to the league regulations, the highest points are crowned with the title, and in the event of two teams being equal in the number of points, direct confrontations between them are resorted to.

Al-Hilal had won the first with a goal without a response, and Al-Ittihad could resolve direct confrontations in its favour, if it ended the Clasico in its favour, by two goals.

Al-Ittihad’s victory today expands the difference with Al-Hilal to 9 points, with 64 points, compared to 55 for Al-Hilal, three rounds before the end of the league.

And with the assumption of Al Hilal winning in the remaining three matches, his score becomes 64, with Al Ittihad losing its three matches, its score stops at 64, direct confrontations are resorted to, the preference is in favor of the Dean if he ends today’s match in his favour, by two goals, after losing the first round with a single goal, He is declared champion of the league.

This scenario was repeated in 2008, when Al-Ittihad and Al-Hilal were equal in the number of points (48 points each) and the leader crowned the title by returning to direct confrontations, where the two teams tied in the first round (0-0), and Al-Hilal won the second round (1-0).

Tags: a hero, brace, difference, It is enough, league, the Union, to announce, Today