“A triumph”, the theater beyond the walls 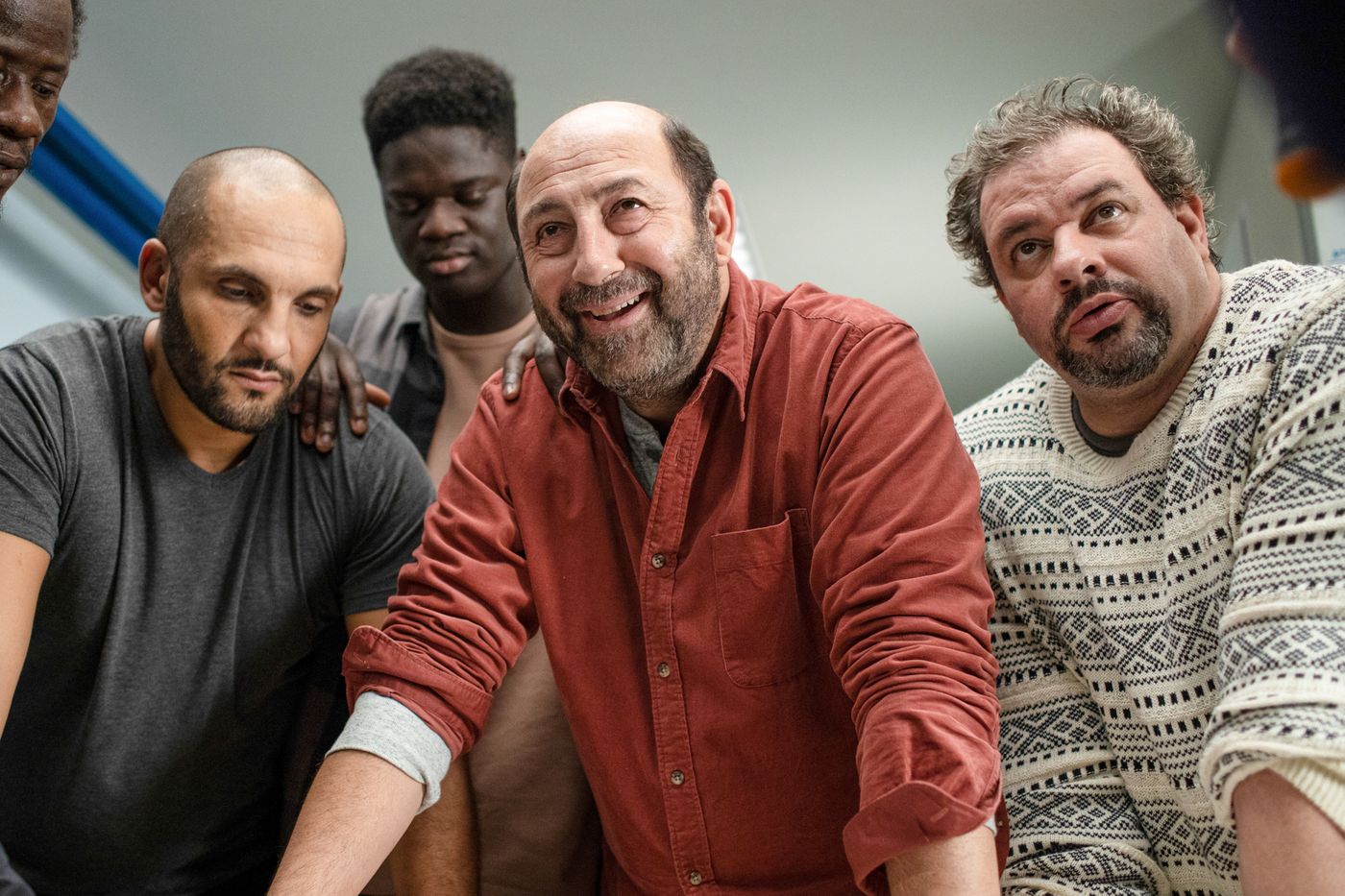 In 1985, a Swedish actor and director, Jan Jönson, staged with inmates of the Kumla high security prison, Waiting for Godot by Samuel Beckett. The show was such a success, that they were invited to play it in several theaters nationwide before, ultimate consecration, to complete their tour at the Royal Theater in Gothenburg and to put, in a spectacular way, an end to a new adventure.

It is this true story that Emmanuel Courcol, himself a former theater actor, decided to transpose in France today with Kad Merad in the role of an unemployed actor who finds himself, somewhat in spite of himself, at animate a theater workshop in prison and will see his destiny, as well as that of the prisoners, transformed forever.

A “feel good movie” that avoids the excess of good feelings

The cocktail of comedy, drama and emotions of history as well as its social dimension brought together Robert Guédiguian and Dany Boon, as co-producers, around this project. Emmanuel Courcol, who was notably a screenwriter for Philippe Lioret before moving on to directing, readily recognizes and assumes the “feel good” side of his film.

“I don’t want to make a desperate cinema, even when it deals with a dark reality, he explains. As long as there is human, a ray of light is always possible. “ And it works since the film, whose release has been postponed several times, received the label of the official Cannes 2020 selection and was crowned, along with two of its actors, at the Angoulême Francophone Film Festival last year. .

But it would be unfair to reduce A triumph in this single dimension, both the writing of the film, its description of the prison world and the “troop” of actors who play the role of the inmates ring true, without necessarily being a work of realism since it is a question of representation. And then there is Kad Merad. The actor has proven over the past few years that he can do anything. He carries to the end, with nuances and conviction, his character of a failed and unaffected actor whose ambivalent motivations prevent the story from falling into an excess of good feelings.

The theater, the beating heart of the film

Étienne has not been back on the stage for three years and ends his months by leading internships in company cohesion when he agrees to replace at short notice a friend, theater director (Laurent Stocker), who takes care of of the theater workshop of a prison. First received coldly by the prisoners, he strives, out of pride as much as out of passion, to motivate them and to invest in their role.

→ READ. The theater to cross the prison walls

” I do theater, not reintegration He repeats to them when they are dispersed a little too much. Touched by the sincerity and the accuracy of their playing, he will fight to put together Beckett’s play – in which they find connections with their daily lives – on a real stage and in front of a real audience. His success and exemplary nature will lead them to the stage of L’Odéon in Paris where Étienne will have to face the unexpected.

The preliminary documentary work carried out by Emmanuel Courcol, as well as the filming partly carried out in a real prison, give the story and its characters a credibility. From the prison director embodied by Marina Hands, torn between her convictions and her function, to the supervisors who sometimes zealously apply the regulations, including the sentencing judge who is little inclined to forget the past of these inmates, they form the essential background to the realism of the story.

The theater, and it is not a surprise, is the beating heart of it which allows these inmates to cross prison walls and transcend their condition. As a man of the art, the filmmaker, who had his formidable team of actors rehearse the play (Wabinlé Nabié, Sofian Khammes, David Ayala, Pierre Lottin and Lamine Cissokho) films with great sensitivity the way they appropriate little by little the words gain confidence, reach the truth of their characters and find, just like Étienne, a form of dignity and humanity.

Emmanuel Courcol, from theater to cinema

Law student, he discovered theater at the Angers conservatory and in 1981 joined the National School of Theater Arts and Techniques (École de la rue Blanche).

As a theater actor, he plays notably under the direction of Roger Planchon, Didier Bezace, Robert Hossein or Marion Bierry.

At the turn of the 2000s, he turned towards writing and became the co-writer of Philippe Lioret (Miss, L” Team member, Welcome, All our desires).

In 2012, he directs his first short film, Geraldine I love you.

In 2016, his first feature film, Cease-fire, brings together Romain Duris and Grégory Gadebois in the role of two brothers who survived the trenches of the First World War.