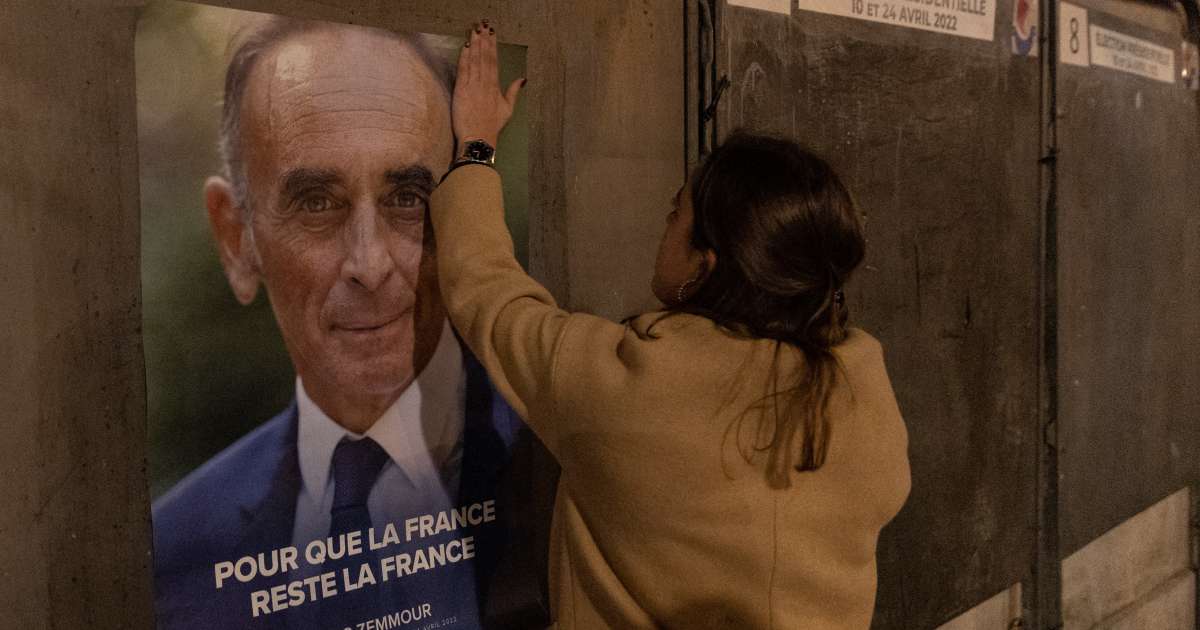 The past of a member of Reconquest! who starred in X-rated films for ten years, caused a crisis within the party of Éric Zemmour in Ardèche, the ex-porn actress and her husband publicly denouncing their “eviction”.

Ministry of “Remigration” of Zemmour: “A message to the most radical far right”

The couple, contacted this Thursday, March 31 by AFP after the “Dauphiné Libéré” reported the case, is indignant at his “eviction” recent from the departmental office “on the grounds of the former profession, however legal, of madam”.

Francine Floch, alias “Josephine of Mauritius”, made a career from 1997 to 2008 in pornographic cinema. Her husband Didier Floch, a former radio host, was her producer.

Seduced by Éric Zemmour’s candidacy for the presidential election, both had offered their services to Reconquête! at the end of last year, Didier Floch then becoming general secretary of the party in Ardèche, where they live.

At the Trocadéro, Zemmour plays the “tough” in front of a white-hot crowd

In mid-February, however, the departmental coordinator of the party asked them to close two blogs evoking the career of the wife in X and an old conviction of the husband, who no longer appears in his criminal record. Justifying this rehabilitation, Didier Floch refused to comply, just like his wife.

On February 23, their case was examined by the Ardèche office of Reconquête!, transformed into “court of the Inquisition” according to them: faced with their persistent refusal to withdraw from the internet, the other members resigned so that a new office could be formed without the couple. A “unfair maneuver” and “inadmissible” in the eyes of the two activists, whom they say they denounced in vain to the national authorities of the party, before leaving Reconquête! last week.

“The majority of the office was uncomfortable”

“They were not dismissed, there was no disciplinary procedure against them, I spoke with them to try to find a compromise”Thibault Verny, regional coordinator of the party, told AFP on Thursday. “We paid attention to who joined the departmental offices, I asked to check everyone’s past so that we didn’t have any bad apples or dubious profiles, it came out at that time”he added about the past of Francine Bloch.

“Most of the office was uncomfortable and they were asked to put their websites on stand-by for a few months, during the campaign. They refused and I was forced to request the formation of a new office”concluded the official.