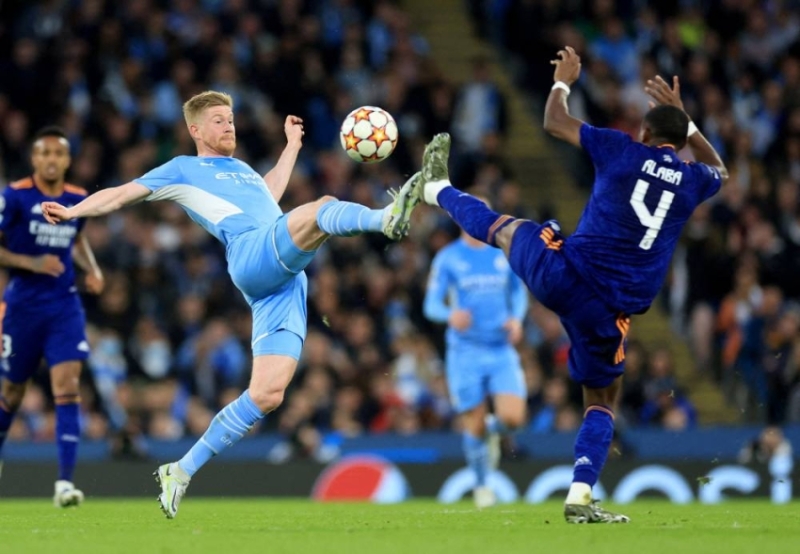 Spaniard Josep Guardiola is counting on his good score at the “Santiago Bernabeu” in Madrid when he comes Wednesday with his Manchester City team, as a guest of Real Madrid in the second leg of the Champions League semi-final, after a wonderful and breathtaking first leg match that was decided by the champion and leader of the English Premier League 4 -3.

Guardiola urged his players to show their “character” to achieve a new victory in the royal team’s stronghold, similar to the round of 16 of the 2020 edition (2-1) on his way to eliminating the Spanish giant.

Despite the prestige of the ancient stadium and Real’s successes at home that led to him winning the first continental competition title 13 times (a record), Guardiola succeeded in winning 6 times in Madrid with an orphan loss, in his nine visits with City, Barcelona and Bayern.

Also, Real, with its veteran French top scorer Karim Benzema, who is living the most beautiful days of his career, made two remarkable comebacks at the Bernabeu against Paris Saint-Germain and Chelsea in the previous two rounds.

The qualifiers from this confrontation will meet in the final with Liverpool, who qualified yesterday from the confrontation with Villarreal of Spain, after winning 5-2 on aggregate.

On the other hand, Ancelotti is trying to refocus his players on the Champions League, after beating Espanyol 4-0 and crowning his 35th title in the League, for the team’s supporters to celebrate, as is traditionally done in the famous Cibeles Square.

“It is the most important game of the season,” Modric said of today’s match. The ambiance in the dressing room is very good. We are looking forward to the showdown. We know what we are supposed to do, we have to play our best games.”

“We have great confidence in the fight to come back,” he added. We know we didn’t perform at our best in the first game, but we scored three goals. We have to do better at home, and I’m sure we will. We have the quality and the character for that… along with the history of this club.”

Modric, 36, who won the Champions League four times with Real Madrid, said: “It has been four years since our last Champions League victory, but this is another match. We will enter the field with a lot of confidence and personality, a lot of energy and enthusiasm. We have to show that we are Real Madrid, the best team in the world. We have to get the fans into the match from the start by putting on a good show.”

Despite some criticism directed at excessive celebration between two fateful matches against City, the veteran coach considered that it brings positivity and energy and helps his team move towards strengthening its record in search of the 14th title. “The celebration is good from a mental point of view. We are professionals. We will celebrate tonight together, train tomorrow and play Wednesday is another important game.

Ancelotti relieved Benzema in the Espanyol match, but scored after coming on as a substitute in the 60th minute, taking his tally to 18 goals in his last 13 games, in an impressive series that included two hat-tricks against Saint-Germain and Chelsea and doubles against Mallorca, Celta Vigo and City.

Despite its long history, the royal team succeeded only three times in achieving the Champions League-La Liga double in 1957 and 1958 and under the supervision of French Zinedine Zidane in 2017.

Tags: and the riyal, Between, Card, City, conflict, fiery, heroes, On, ultimate