A fiery derby to the rhythm of administrative and technical bumps 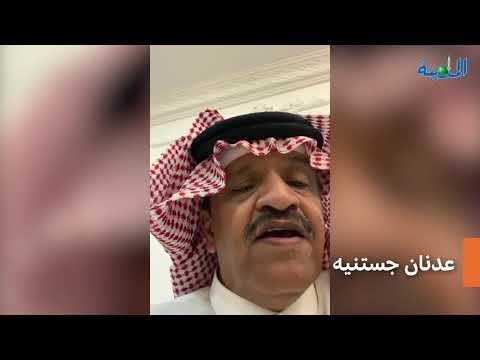 In light of the controversy surrounding the determination of the derby stadium, the selection of the match referee, and the ambiguity of ticket prices, the fans of Al-Gharbia and the Kingdom were met with a date of renewed excitement between Al-Ittihad and Al-Ahly.

Al-Ittihad fans received angrily the match at Prince Abdullah Al-Faisal Stadium, as they see their team lost a lot of support from their fans by moving the match from Al-Jawhara. The capacity of Al-Jawhara Stadium is 62241, and after the 60% allowed to attend due to the pandemic, the total attendance of the derby will be 36,000, while Prince Abdullah Al-Faisal Stadium will accommodate 29,000, and the attendance after the 60% will be 18,000 spectators, which the federalists consider not in their interest.

The selection of the international referee, Muhammad Al-Huwaish, to manage the derby also provoked the anger of both sides of the derby, as each party recorded previous positions of the referee against his team.

Tickets and the black market

The dilemma of derby tickets remained suspended even 24 hours before the match, and the location of their sale was not determined until exactly one in the afternoon, Thursday, in addition to the ambiguity surrounding their prices. From the exaggerated prices, according to the comment of followers on the media. This crisis prompted the masses to search for a ticket on the black market, and tickets were monitored on electronic platforms at double prices, and the price of one ticket reached 300 riyals.

In every corner there is a story worth telling. It is located in the southern side of the city of Jeddah, specifically in the Al-Qurayyat neighborhood. At that time, it was called Al-Thaghr, before it was called the Al-Sabban Stadium in relation to the one who built it “Abdul Rahman Surur Al-Sabban”. This stadium, written in his biography, hosted all sports competitions in Jeddah, in the fifties and sixties AD, and hosted the finals of the King’s Cup and the Crown Prince Cup. Perhaps history remembers the first meeting that brought together two Jeddah poles in the Crown Prince Cup, in the year fifty-eight, when the attendance reached more From twelve thousand spectators, the match ended with the Tigers winning by three goals to two.

And tomorrow’s derby match is the 93rd between the two poles of Jeddah, where they met 92 times. Al-Ittihad won 31, Al-Ahly won 30 matches, and attended the tie in 31 matches. Al-Ittihad, the owner of the land, enters the Western Derby, and is at the top of the standings with 13 points, bringing them together from 4 victories, a loss and a tie, while Al-Ahly Which scored the worst start in the history of the league with only 5 points after losing and 5 draws. Al-Ittihad also tops the list of the teams that have paid the most after the end of the sixth round, with 80 shots, one more than Al-Hilal, who came second.

The fans are waiting for the first appearance of a number of players in the two teams, most of them in Al-Ahly, namely Nadao, Alusi, Philip and Dunclair, in addition to the young Saudi Ziad Al-Juhani.

The shares of the Derby Stock Exchange are heading towards a noticeable rise in favor of the Federal team, in sympathy with what it has presented in the past 6 rounds in the league and the provision of incentives to its players who are looking for the continuation of the top spot in the competition, while Al-Ahly and its technical staff will be under pressure in the task of searching for the first victory, especially since the match may be the opportunity The last of the Albanian Basnik Hasi in light of the anger at the level and results of the team. This is a negative record in an exceptional season in terms of results. The Al-Ahly administration announced, in a statement published last week, the termination of the contract of the Brazilian Paulinho by mutual consent due to his family circumstances that forced him to return to Brazil.