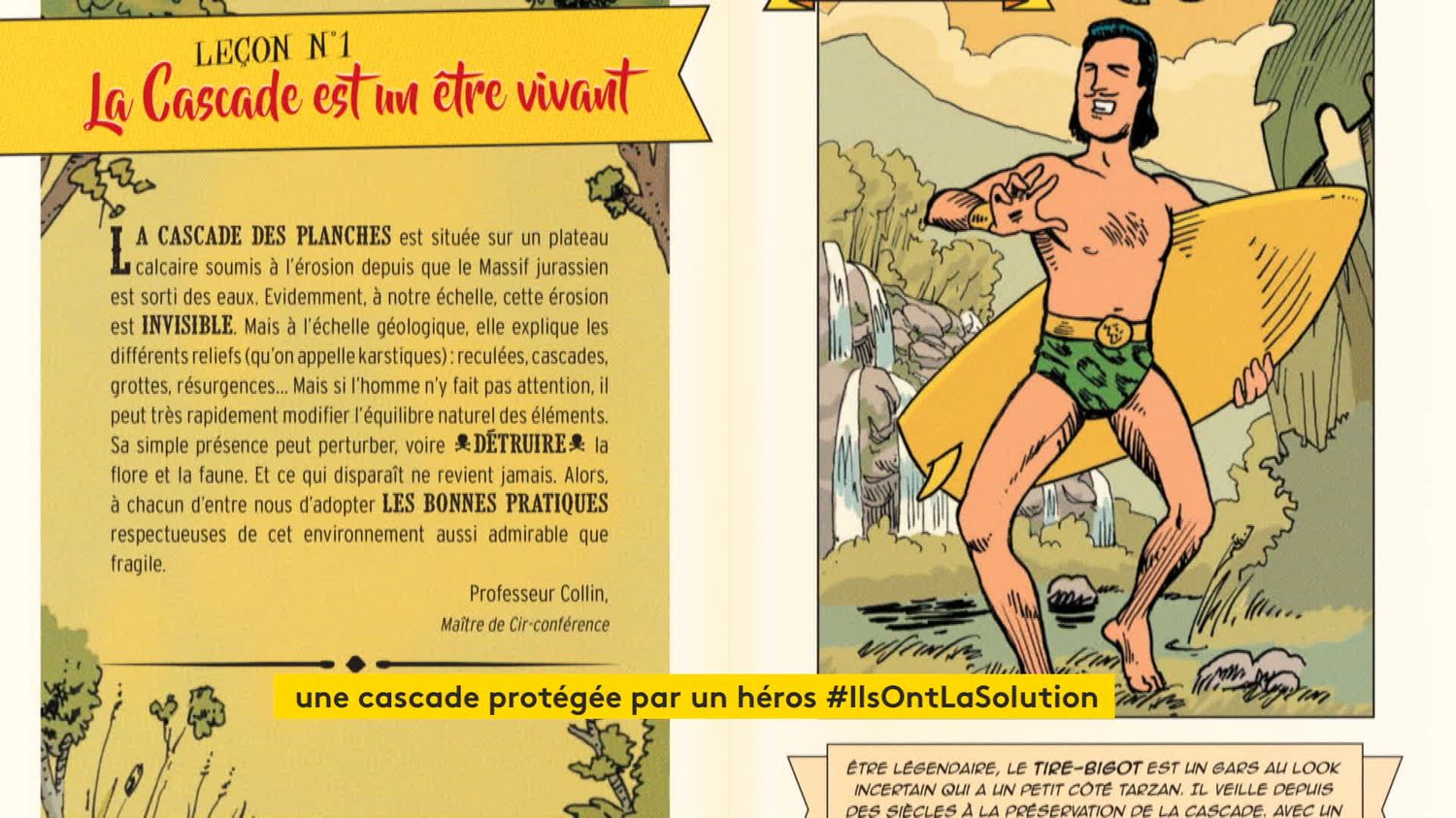 When summer comes, and with it the hot weather, one of our first reflexes may be to look for the nearest water point to dive there. But sometimes, some places, as heavenly as they are, are not suitable for swimming. This is the case with the Cascade des Tufs, in the Jura.
Each year, thousands of tourists flock to this idyllic little corner, nestled in the heart of the Jura, in the town of Planches-Prés-Arbois. Problem, sometimes getting too close by car, stomping on the floors, lying on the grass, having a family picnic and bathing in the crystal clear water source, visitors do not surrender reckons that they considerably degrade a site classified as Natura 2000 and therefore protected.

Well aware that the checks by the authorities to ensure compliance with the prefectural decree protecting the site published in March 2021 will not be sufficient to secure the site in the long term, the Tourist Office and the Community of Communes of the Heart of Jura have launched a guide good practices.
“Most people do harm without knowing it. It’s not intentional, but we are all the same, when you want to get as close as possible to a site with your car, well you get as close as possible. And inevitably, we want to put our feet in the water, we want to sit down, have a picnic. And all this, in the end, are repeated actions that end up damaging the site”, Explains Philippe Markarian, director of the Tourist Office.

But there is no question for this guide to be yet another booklet listing the rules to be respected on the site. For this booklet, the elected officials wanted to achieve something original in an attempt to raise awareness and convince through humor. So these are six pages where a man in underwear, with Tarzan airs, styled like a comic book from the 50s, will explain to you what the right actions are to adopt when you are at the Cascade des Tufs. Raphaël Baud, graphic designer, was in charge of putting together this guide: “The point is to say watch out anyway. But when we say that in a serious way, the French rebellious will say you have no lesson to teach me. But in a humorous and quirky way, we say to ourselves that there is a better chance of making things understood. ”

To go with the prefectural decree and this booklet filled with good advice, the Tourist Office and the Community of Communes of the Heart of Jura, have opened a car park ten minutes walk from the waterfall to prevent unauthorized parking. An experimental shuttle will also be launched for the month of August to link Arbois-Les Planches, via the waterfall.

François Perrin, the mayor of Planches-Prés-Arbois, relies on prevention and awareness in addition to controls so that in the long term another form of tourism emerges: “Perhaps one day the Tufs Waterfall will no longer be a place where unfortunately we come as a family like that without anything, but will become a place that we come to visit by registering, by traveling with public transport, with a guide.”