A 20-ton rocket stage will crash this weekend, Beijing and the Pentagon want to be reassuring 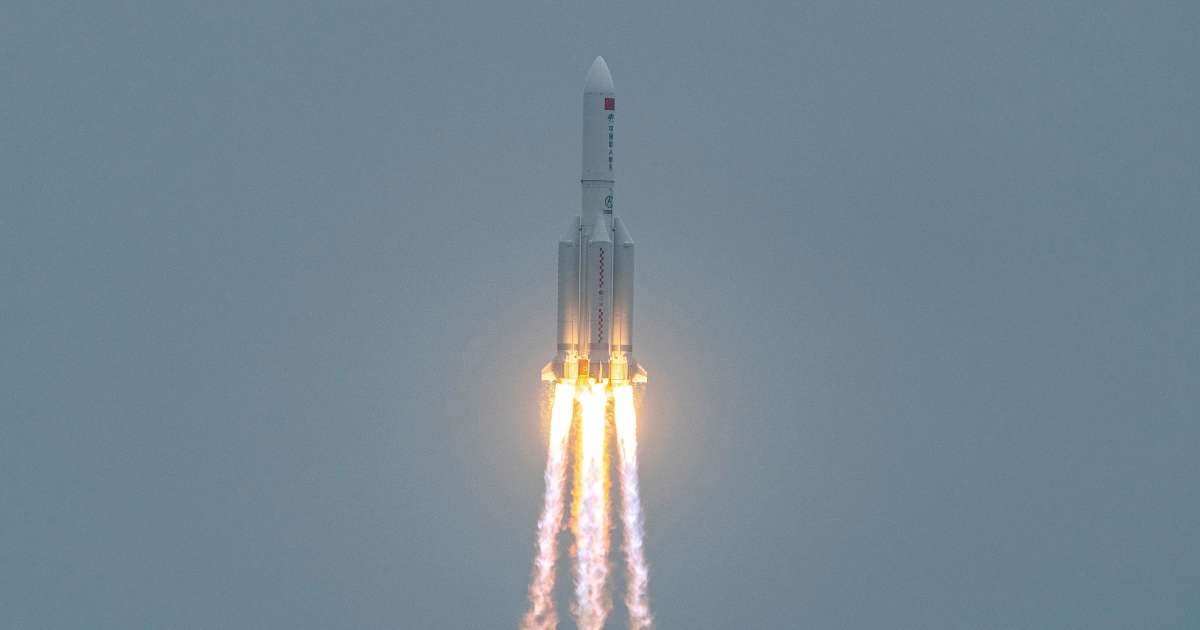 Its arrival is estimated to be around May 10, but no one knows where it will crash. A huge debris 20 meters long and as many tons from the Chinese Long-March 5B rocket, launched on April 29, fell uncontrollably on Earth since it placed the first “Tianhe” module in orbit. of the three elements of the future Chinese space station.

After its separation from the module, the first stage of this rocket also began to orbit the Earth, but in an irregular trajectory. It is losing altitude very slowly, which currently makes predictions about its potential point of impact almost impossible. A trajectory around our planet that we can also observe on the internet.

In search of life on Mars

If initially, the Chinese space and diplomatic authorities remained silent, Beijing finally reacted this Friday, May 7, indicating that the risk of crash on an inhabited territory was “Extremely weak”. “The majority of the components [de la fusée] will be burned and destroyed upon re-entry into the atmosphere “, assured Wang Wenbin, a spokesman for the Chinese Ministry of Foreign Affairs.

Risks, even in the ocean

Yet the whole world remains on the lookout. The United States said Wednesday to track the launcher and they do not rule out the hypothesis that the debris crashed into an inhabited area. “According to the latest estimates that I have seen, it is scheduled for the 8th or the 9th. [mai], said Lloyd Austin, the US Defense Secretary. We hope she falls to a place where she won’t harm anyone, in the ocean or somewhere like that. “

If the Earth is made up of 70% water, which considerably minimizes the risk of impacts with disastrous consequences, they could also crash into an inhabited area or a ship.

From Gagarin to Pesquet, the formidable technical progress of the conquest of space

“At this stage, we have no plans to destroy the rocket”, added the US Minister of Defense, hinting that its launch had not been planned with sufficient care.

This is not the first time that China has lost control of a space object upon returning to Earth. In April 2018, the Tiangong-1 space laboratory disintegrated when it entered the atmosphere, two years after it ceased to function. The Chinese authorities had denied having lost control of the laboratory.

China has been investing billions of euros in its space program for several decades. She sent her first astronaut into space in 2003. In early 2019, she managed to land a craft on the far side of the moon – a world first.

Last year, he brought back samples of the Moon and finalized Beidou, his satellite navigation system (competitor of the American GPS). China plans to land a robot on Mars next month. She also announced that she wanted to build a lunar base with Russia.

Named in English CSS and in Chinese Tiangong (“Heavenly Palace”), the future Chinese space station will evolve in low earth orbit for ten to fifteen years.