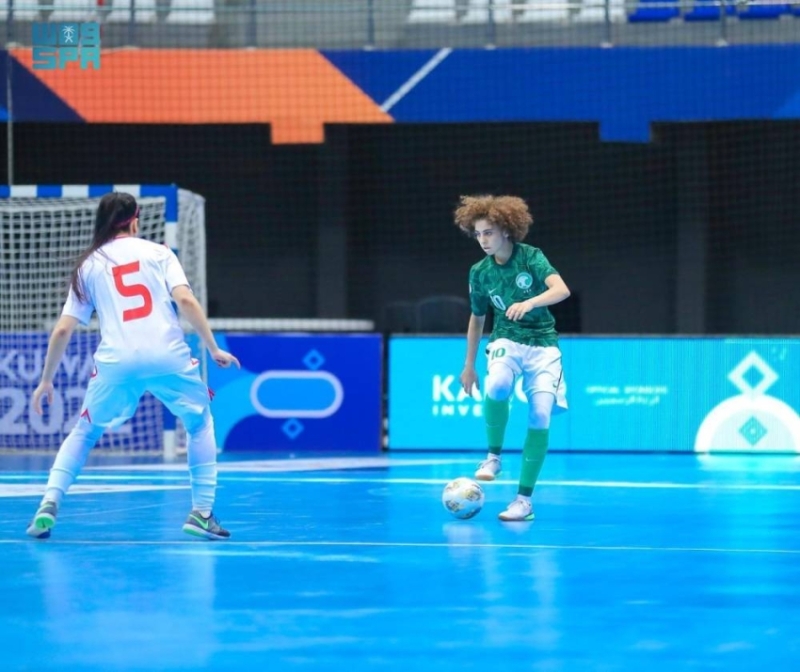 The first Saudi gold in the tournament came through the shooter Ali Abdul-Ghani, who won first place in the javelin throwing competition, after throwing a distance of 71.15 metres.

In the 100m race, runner Abdullah Abkar won the silver in the race by coming second with a time of 10.21 seconds, and his colleague Muhammad Daoud came fourth in the same previous race with a time of 10.32 seconds, while in the 400m race, Mazen Al-Yaseen won the second place and the silver medal with a time of 45:83 seconds, while he achieved Hammoud Alwan won the bronze medal in the long jump competition, after jumping a distance of 7.15 meters. Saudi runner Muzna Al-Nassar recorded her name as the first Saudi woman to win a women’s medal at the Gulf Games, after she won the bronze medal for the 10,000 meters race with a time of 45:32:05.

At the level of team games, the Saudi men’s futsal team opened its course by winning 3-1 against its Bahraini counterpart, signed by Mohsen Faqihi, Fahd Al-Rudaini and Moaz Asiri. The goal of the green player Saba Tawfik.

In tomorrow’s competitions, the Saudi national basketball team 5×5 will open its participation in the tournament at five in the afternoon in the Sheikh Saad Al-Abdullah Al-Sabah Complex hall in front of its UAE counterpart, and the swimming competition competitions will start at five in the afternoon in the pools of the Kuwaiti Al-Nasr Club, and the mother of the games will continue to participate in the tournament tomorrow. .