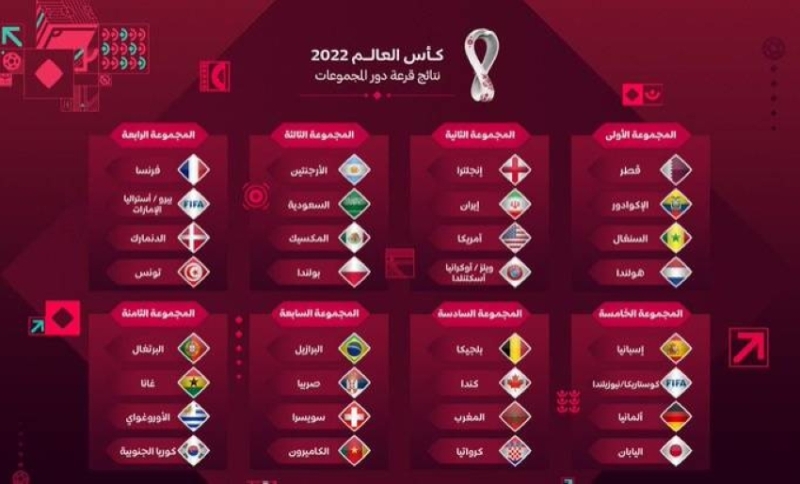 The draw for the 2022 World Cup witnessed, on Friday evening, fiery confrontations, between the most powerful teams in the world, and “harsh” some of the Arab team, as they put them in complex confrontations.

Host Qatar will open the 2022 FIFA World Cup against Ecuador in Doha, in Group A, which includes the Netherlands and Senegal.

The “group of death” emerged in the draw, the fifth group that included Spain, Germany, Japan and the winners from Costa Rica and New Zealand in the postponed playoffs, who are the strongest group during the finals.

Brazil, the five-time world champion, will play Serbia in the start of Group E matches, which also includes Costa Rica and Serbia.

Saudi Arabia fell in a difficult group with Argentina, Poland and Mexico, while Tunisia signed with France and Denmark, the winner of the Peruvian playoff or the Asian team.

Morocco, along with Croatia, Belgium and Canada, fell into a more balanced group than Saudi Arabia and Tunisia.

The tournament, which will last for one month and will host 8 stadiums, will start on November 21.

The tournament includes 64 matches, and the final will be at Lusail Stadium on December 18.

Group D: France – Denmark – Tunisia – the winner of the play-off of Peru, Australia or the United Arab Emirates